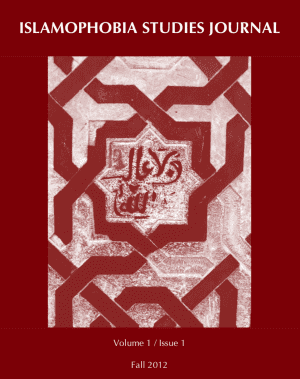 Beyond Islamophobia and Islamophilia as Western Epistemic Racisms: Revisiting Runnymede Trust’s Definition in a World-History Context

Revisiting the widely cited definition offered for Islamophobia by The Runnymede Trust in 1997, this article draws on and seeks to critically contribute to a conceptual framework advanced by Grosfoguel and Mielants—as informed by the works of Grosfoguel, Maldonaldo-Torres, Dussel, Mignolo, and Tlostanova, among others—to understand Islamophobia in a world-history context. Tamdgidi argues that both Islamophobia and Islamophilia should be regarded as the Janus faces of a Western epistemic racism that—while historically taking various religious, cultural, and orientalist forms—has othered, oversimplified, essentialized, and distorted our views of the reality of Islam as a plural weltanschauung—one that, like any other, has historically produced contradictory interpretative, cultural, and socio-political trends involving liberatory and imperial/oppressive aspirations.

The main thesis advanced here is that Islamophobia and Islamophilia, far from being Western reactions to an autonomously developing Islamic tradition, are world-historical byproducts of Western imperial (and more recently, oil-based) geopolitics that have helped strengthen and overdevelop the static, oppressive and ultraconservative interpretations of Islam—the breeding grounds of Islamic fundamentalisms and terrorisms—at the expense of its dynamic, liberatory and egalitarian interpretations. Tamdgidi concludes that aspects of the Runnymede definition of Islamophobia represent Islamophilic tendencies that need rethinking and de/reconstruction. An alternative, non-Islamophilic definition for Islamophobia is thereby proposed along with a conceptual framework for further study of the two-fold phenomena.

This freely accessible journal article can be read below The journal issue as part of which the article was published can be accessed here.