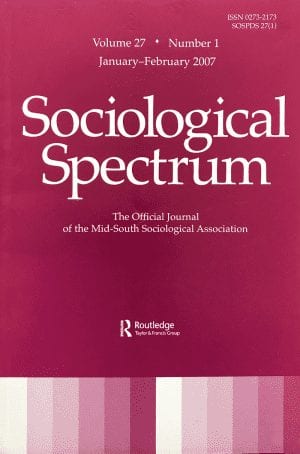 Abu Ghraib as a Microcosm: The Strange Face of Empire as a Lived Prison

Drawing on Derrida, Foucault, Dorothy Smith, Anzaldúa, Wallerstein, Said, and Gurdjieff, among others, this article argues that the strangeness of Abu Ghraib—“father of the strange (or of the stranger)”—has less to do with what went on inside the prison, and more with the global prison yard. Strange is how we, global spectators of the prison abuses, continue to stand on shaky cardboard boxes of rising and falling empires, with hoods of amnesia and evasion put on our minds, and sophisticated media wires of true or false fears manipulating our emotions. To escape from prison, a mystic once said, one must first realize one is in prison. The inquiry is used as grounds for advancing a discourse on Newtonian and quantal sociological imaginations in favor of a Sociology of Self-knowledge.

According to Tamdgidi, “Empires and Saddams (or Bin-Ladins) are two faces of the same coin. The West sees itself as a beauty, desperately seeking to cleanse the faces of the beast on the wall of the East, not real­izing that the wall is a mirror, and the beast’s reflections by-products of its own colonial adven­tures across world-historical spacetime. Abu Ghraib does not signify the strangeness of a local imperial prison in the here and now; it also expresses the strangeness of an horrendously disgrace­ful imperial metanarrative still telling and shaping world-history.”