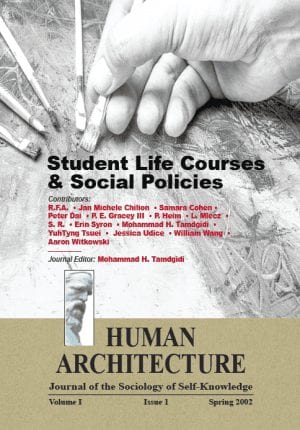 Ideology and Utopia in Mannheim: Towards the Sociology of Self-Knowledge

This article is an excerpt from a longer third part of Tamdgidi’s doctoral dissertation titled “Mysticism and Utopia: Towards the Sociology of Self-Knowledge and Human Architecture (A Study in Marx, Gurdjieff, and Mannheim), defended and deposited at Binghamton University (SUNY) in 2002. This critique of Mannheim’s Ideology and Utopia: An Introduction to the Sociology of Knowledge (1936), as part of the larger dissertation research, may be regarded as the writing in which the idea and the field of the sociology of self-knowledge was born, resulting in the founding of Human Architecture: Journal of the Sociology of Self-Knowledge which was subsequently dedicated to the publication and the illustration of the work in the new field of scholarly research and teaching.

The article revisits the conceptual framework employed by Karl Mannheim in his Ideology and Utopia(1936), seeking (1) a new understanding of the self-defeating arguments which influenced the later developments in the scholarly field of sociology of knowledge, and (2) new avenues to address the vital issues originally raised by him. Tamdgidi argues that, despite Mannheim’s intent to found a discipline to help overcome ideological and utopian biases in social science and praxis, a careful analysis of his text demonstrates that the very arguments he advanced to build such a discipline was itself substantially biased, disclosing significant ideological & utopian elements in his own thinking. Although Mannheim advanced the field to the point where it became concerned with collective self-reflexivity in social science, he failed to confront the problem at the level of individualself-knowledge. Moreover, the eurocentric framework of Mannheim’s conceptual framework prevented him from developing a world-historicalappreciation of potential contributions by non-Western intellectual traditions to the science of self knowledge and transformation. To address Mannheim’s original intent, the sociology of self-knowledge is alternatively proposed as a new field of inquiry centrally concerned with the study of the dialectics of long-term, large-scale world-historical change and life-long dynamics of individual self-knowledge.